Similar to the museum shows, the Anthropocene book also incorporates augmented reality (AR) enhancements, which can be activated using the AVARA Discover app (available for free from the App Store and Google Play). Each trigger will summon complementary visual assets, such as the tusk pile in miniature. 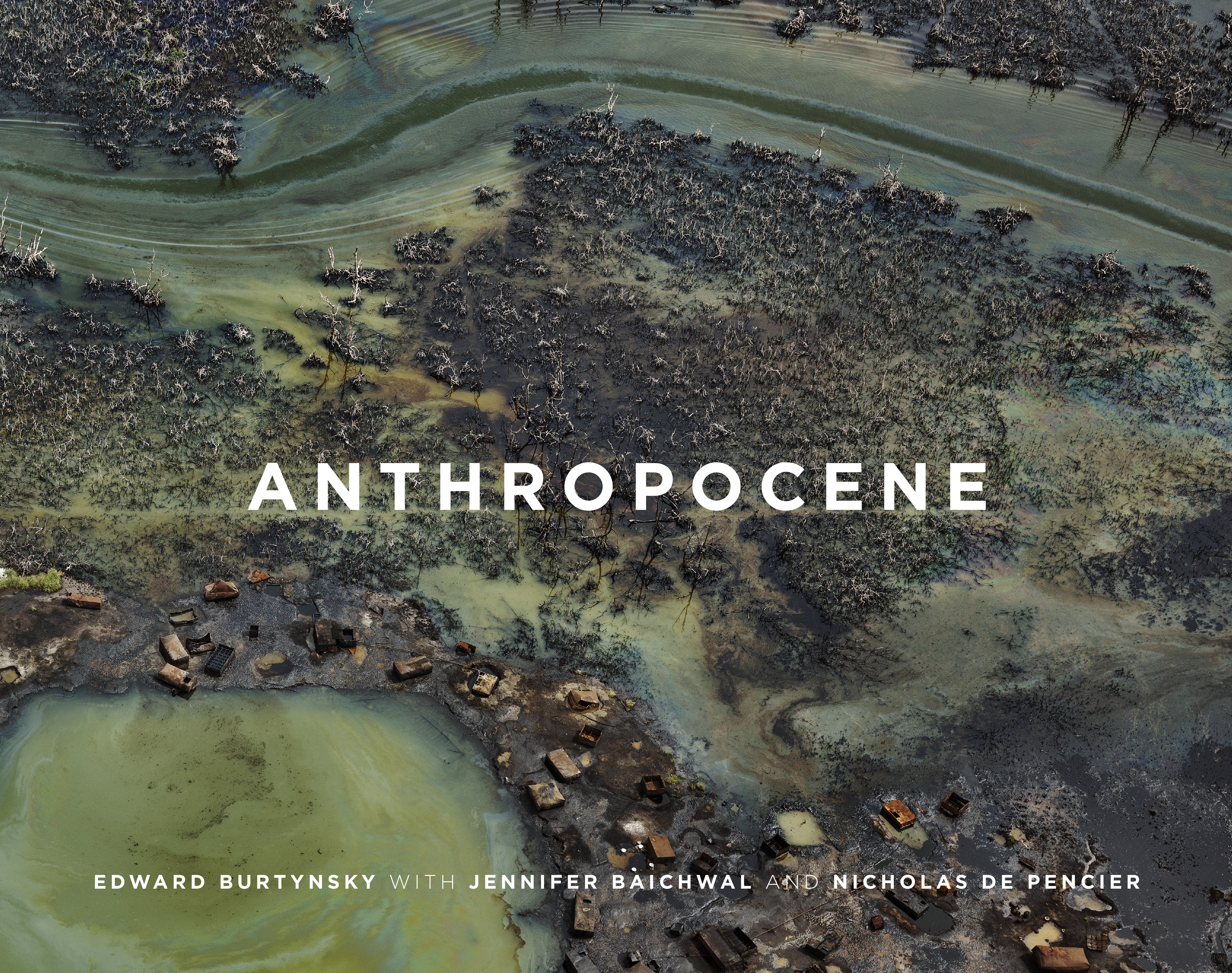 Anthropocene is the newest book by Edward Burtynsky to document human destruction of the earth on a geological scale. In photos as beautiful as they are disconcerting, Burtynsky explores issues such as extinction (large-scale burning of elephant tusks to disrupt illegal trade and the black market, the plight of the last white rhino), technofossils (Nigerian landfill sites entirely of plastic, massive concrete tetrapods to protect Chinese coastline from erosion), and terraforming (mines and industrial agriculture). Containing specially commissioned poems by Margaret Atwood published here for the first time, a statement by Burtynsky and a range of essays, Anthropocene presents compelling artistic and scientific responses to these urgent topics.

The book is one part of the larger Anthropocene project, a multi-disciplinary body of work with filmmakers Jennifer Baichwal and Nick de Pencier which includes a major traveling exhibition, documentary film and interactive website. Its starting point is the research of the Anthropocene Working Group, an international body of scientists advocating to change the name of our present geological epoch, Holocene, to Anthropocene—the period where human activity dominates climate and environmental change. Including images of the video components and augmented reality experiences from the exhibition, the book, like the overall project, combines traditional and new lens-based media in an innovative and dynamic expression of humanity’s profound and lasting changes on the planet. 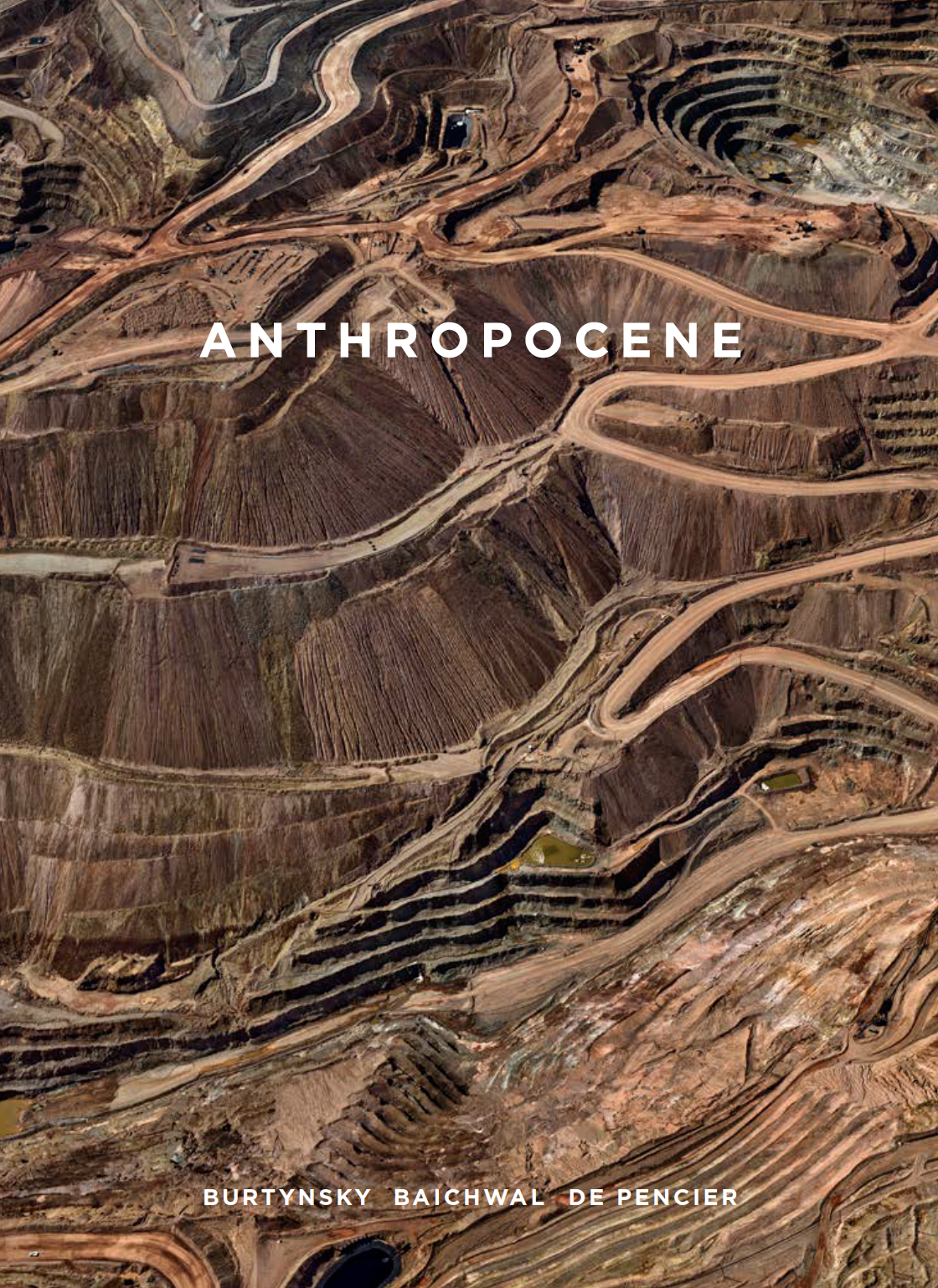 A controversial idea currently under vigorous and passionate international debate that would recognize the "human signature" on the planet.

Anthropocene is the latest book by Edward Burtynsky, Jennifer Baichwal, and Nicholas de Pencier to chronicle the massive and irreversible impact of humans on the Earth — on a geological scale. In photographs that are both stunning and disconcerting, Burtynsky, Baichwal, and de Pencier document species extinction (the burning of elephant tusks to disrupt the illegal trade of ivory), technofossils (swathes of discarded plastic forming geological layers), and terraforming (mines and industrial agriculture).

The book also features a range of essays by artists, curators, and scientists, some part of an international group of scientists who have proposed that the Earth is now entering a new era of geological time where human activity is the driving force behind environmental and geological change — i.e. the Anthropocene. Thus the book brings contemporary art into conversation with environmental science and anthropology on a topic that urgently affects all of us.

Anthropocene will be published to coincide with a major international exhibition opening simultaneously in September 2018 at the Art Gallery of Ontario and the National Gallery of Canada and the release of a film on the same topic by Baichwal and de Pencier. The exhibition will travel to Fondazione MAST in Bologna in the spring of 2019.