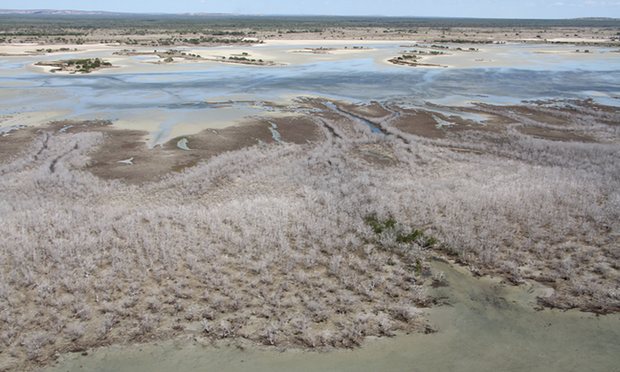 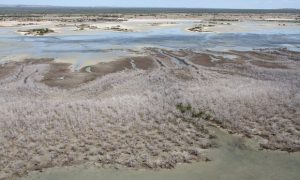 Climate change and El Niño have caused the worst mangrove die-off in recorded history, stretching along 700km of Australia’s Gulf of Carpentaria, an expert says.

The mass die-off coincided with the world’s worst global coral bleaching event, as well as the worst bleaching event on the Great Barrier Reef, in which almost a quarter of the coral was killed – something also caused by unusually warm water.

And last week it was revealed warm ocean temperatures had wiped out 100km of important kelp forests off the coast of Western Australia.