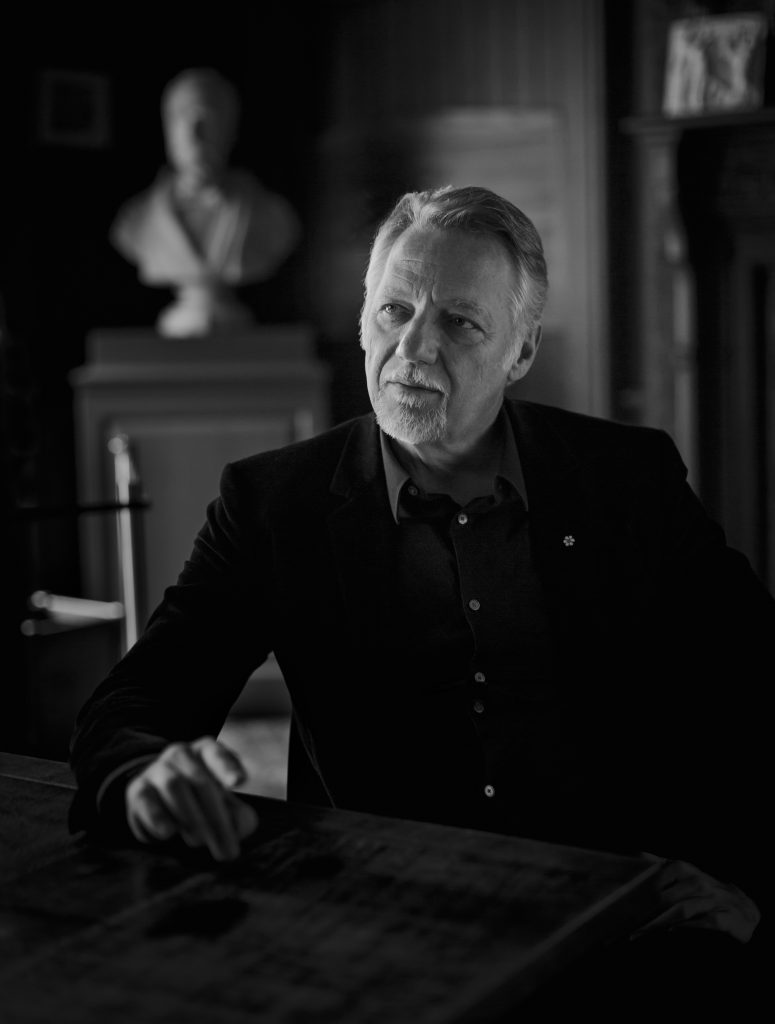 Edward Burtynsky has made his name standing behind the lens. But today he is out front and in focus as the man who would save us from ourselves. It’s mid-morning at the Art Gallery of Ontario (AGO) and as the Canadian master photographer strolls through The Anthropocene Project, the acclaimed multidisciplinary exhibition combining large-scale resource extraction images, scientific research, and immersive media, he is recognized by several gallery-goers, who rush over to take his picture. They close in when Burtynsky pauses by a 10-by-20-foot high-resolution mural of a pristine coral bed in Indonesia’s Komodo National Park, one of thousands of images he has made of at-risk ecosystems in a 35-year career documenting the beauty and the brutality of the industrial footprint.

Silhouetted against one of his artworks, Burtynsky’s black suit contrasts sharply with the faded abstract-expressionist colour burst that makes the print look more like a Jackson Pollock painting than a call to action. And he makes no apologies for it. “Aesthetics is still one of the most powerful tools at the disposal of a visual artist,” the 63-year-old Burtynsky says. “Not to engage in a powerfully visual way with the image seems to go in an opposite direction.”