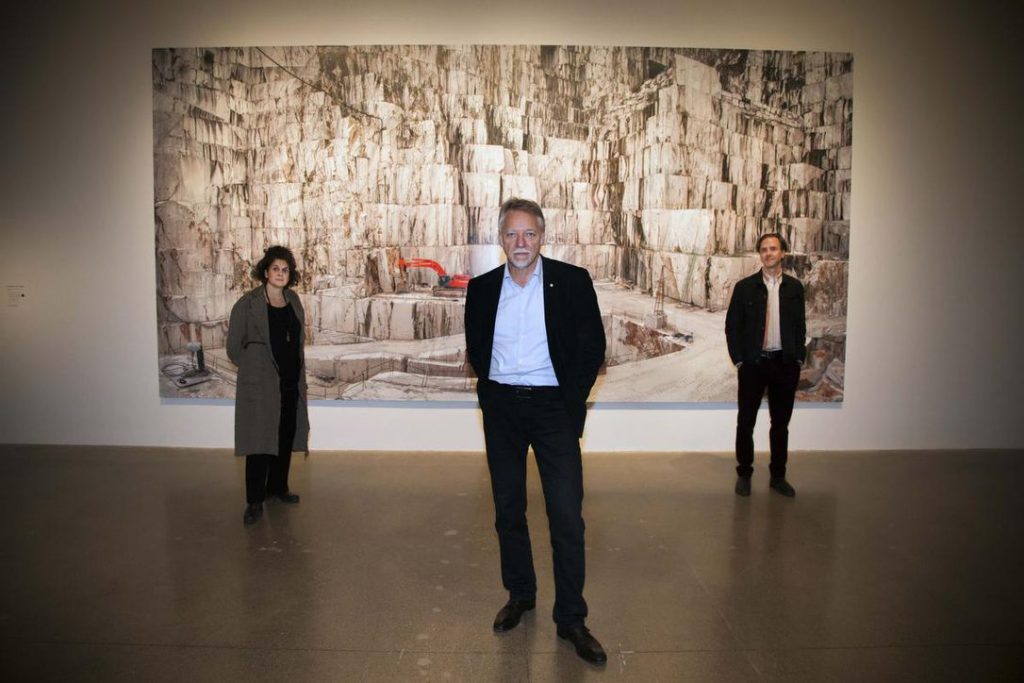 The camera sweeps slowly, right to left, along a towering ridge of ochre stone. The sense is of the monumental — the kind of majesty and scale that only the primal force of violent nature, operating at planetary scale, could yield.

Then you see it, and the world turns suddenly sideways: An enormous, churning machine enters the frame, like some kind of apocalyptic ferris wheel, carving grooves into the cliffside with its set of jagged claws. That towering bluff of dusty earth seems to shrink before your eyes as it yields to the clanking monstrosity gnawing at its hide.

But it’s not the only thing taking a hit here. That built-in sense of feeling tiny and insignificant in the face of nature’s grandeur has been turned thoroughly upside-down. As the scene makes clear, the dominant force shaping the planet at is most colossal scale is now us.

That’s the shorthand version of the thesis for Anthropocene, a film and a set of sprawling exhibitions — one at the Art Gallery of Ontario, the other at the National Gallery of Canada — that opened simultaneously this weekend. Taken together, they’re a full-blooded collaboration from photographer Edward Burtynsky and the filmmakers Jennifer Baichwal and Nicholas de Pencier, which, while not a new partnership for any of them, is the most seamless one yet.