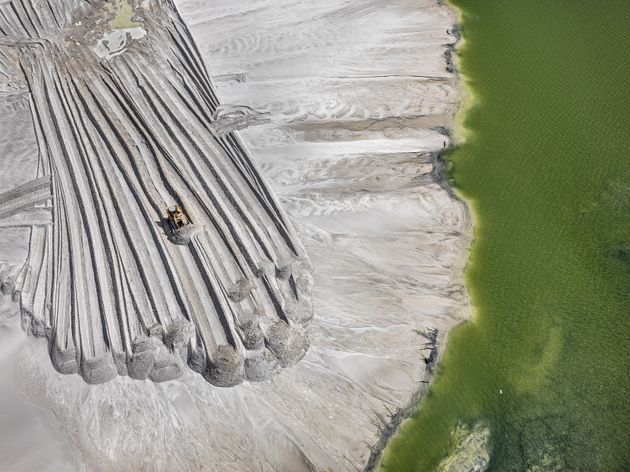 “Anthropocene: The Human Epoch,” a documentary by filmmakers Jennifer Baichwal, Nicholas de Pencier and photographer Edward Burtynsky, is a nature story gone awry, a dazzling and at times nauseating document of the far-reaching, and possibly catastrophic, impact that humans have had on the planet.

The film gets its title from the geological term “Anthropocene,” which was first coined in 2000 by atmospheric chemist Paul Crutzen and ecologist Eugene Stoermer. In 2016, a group of geologists called the Anthropocene Working Group proposed that our planet has recently been so drastically altered by human activity that we are now living in a distinct geological era. (That’s why it’s called the Anthro-pocene, because humans made it.) Humans had been getting by in the Holocene epoch for 11,000 years since the last glacial age, but the Anthropocene Working Group claims that through farming, industrialization, massive excavation of minerals and the dumping of ton after ton of trash, we’ve created a new geological era.