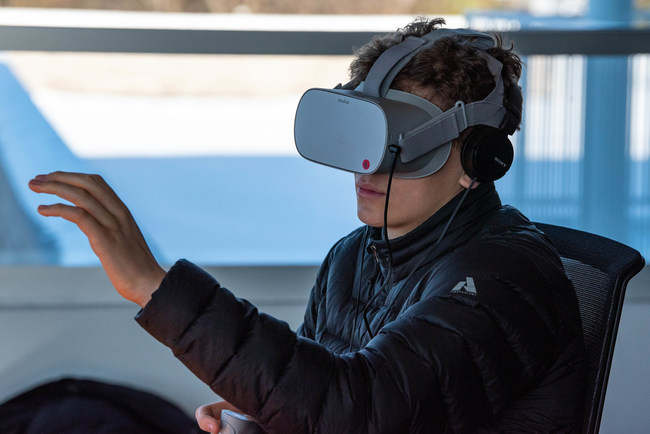 OTTAWA, Nov. 13, 2019 /CNW/ – Many students are unaware that common, everyday activities place a demand on the natural world: from buying and consuming food, to throwing out plastic waste in the trash, to purchasing fast fashion clothing containing hidden plastics, and more. As concerns mount about the impacts of a growing human population, coupled with the increasing amount of land set aside for dumping sites, students need to learn now more than ever how their lifestyle choices have the ability to change the world they live in. To support this environmental learning, The Anthropocene Project (TAP), and Canadian Geographic Education (Can Geo Education), have partnered to create a travelling, classroom-focused educational initiative called the Anthropocene Education Program (AEP). The Program will explore the complex issues of plastic consumption, waste and pollution, land use management, species extinction and climate change.

The Anthropocene Project, which is spearheaded by internationally renowned photographer Edward Burtynsky, and multiple award-winning filmmakers Nicholas de Pencier and Jennifer Baichwal, has been pivotal in increasing public understanding of the emergence of the Anthropocene epoch, characterized by unprecedented human land use, resource consumption and plastic production and waste. The project gets its message across convincingly through evocative photography, a feature documentary, 360 cinema, and captivating augmented reality installations.

“The Anthropocene Project has been a collaboration from the outset, as we have attempted to bridge divides between science and art, across disciplines and media, and now, with the enormous benefit of the educational experts at the Royal Canadian Geographic Society who are uniquely qualified to bring this work into classrooms with maximum impact,” says TAP co-creator and director Nicholas de Pencier.  “We think this kind of intersectionality represents how we all have to come together to solve our most pressing planetary problems. As artists, being able to leverage our work to engage students of all ages and promote discussion and action related to plastic and resource consumption, land use, and environmental pressures imposed by humanity, is a great privilege.”

These audiovisuals are at the heart of the Anthropocene Education Program, which includes lesson plans, mobile devices to activate interactive content, and a brand new high-resolution giant floor mural depicting one of Burtynsky’s photographs augmented with film extensions by Baichwal and de Pencier. Similar to the Anthropocene museum exhibitions, these film extensions will be accessible via an app, which will be preloaded onto tablets as part of the program’s travelling school kits.

Can Geo Education is being praised for its early adoption of student learning through augmented and virtual reality experiences. “Students will hold a tablet in their hands, and through augmented reality, will view a life-sized 3D model of Sudan, the last male northern white rhinoceros, for example. They can walk around and study the 3D models since they are essentially virtual sculptures,” says Michelle Chaput, Education Program Coordinator with Canadian Geographic Education. “Students using VR headsets will get a unique introduction to waste management when they see virtual footage from the Dandora landfill site and several Canadian plastic recycling facilities. It’s an engaging way to learn about an important and complex subject.”

The program officially launched at The RCGS headquarters during Geography Awareness Week (November 10 to 16, 2019). This will be an opportunity like no other for students, teachers and the public to learn about the meaning of the Anthropocene and its implications. It also provides them the chance to engage with the interactive visuals from the Anthropocene Education Program. These stunning audiovisuals are designed to immerse learners in an experience that encourages a deep and emotional understanding of human-environment interactions. Teachers will be able to book the Anthropocene Education Program kit free-of-charge for a three-week period through the Can Geo Education website. All educational materials included in the kit have been written by qualified educators and linked to the Canadian Geography Learning Framework for K-12 classrooms. Can Geo Education will also host a website that will house an online version of the Program accessible to any Canadian school with internet access. The site will additionally contain video clips to support the lesson plans, and interactive gigapixel essay pages, which are essentially a digital version of the giant floor mural with hidden film extensions, plus 3 more from the original Anthropocene Project.

Finally, Can Geo Education will also run a National School Challenge, inviting classrooms to create an Anthropocene installation of their own.  The Challenge was developed to inspire Canadian students to become the next generation of global change-makers, and to develop innovative ways of using art and media to explore some of the world’s most pressing environmental problems, with an initial emphasis on plastic waste and pollution. Winning classrooms are eligible for cash prizes, educational materials and recognition for themselves and their school.

The Anthropocene Education Program was undertaken with the financial support of the Government of Canada through Environment and Climate Change Canada and RBC Foundation and produced with the participation of TELUS Fund.