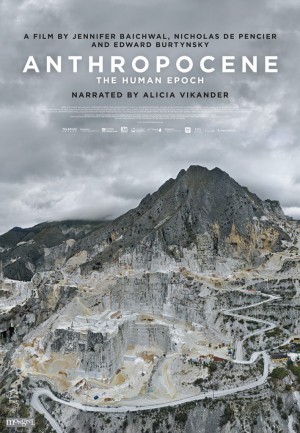 During the second half of the show, Chris and Nell spoke with Nicholas de Pencier, one of the filmmakers of ANTHROPOCENE, which just screened as a feature documentary at the Sundance Film Festival.  The film is described as a cinematic meditation on humanity’s massive re-engineering of the planet. Amidst stunning imagery , the film follows the Anthropocene Working Group, a group of scientists who, after a decade of study, are arguing that the Holocene Epoch has given way to the Anthropocene, because of the profound and lasting human changes to the earth.

Listen to the segment here.