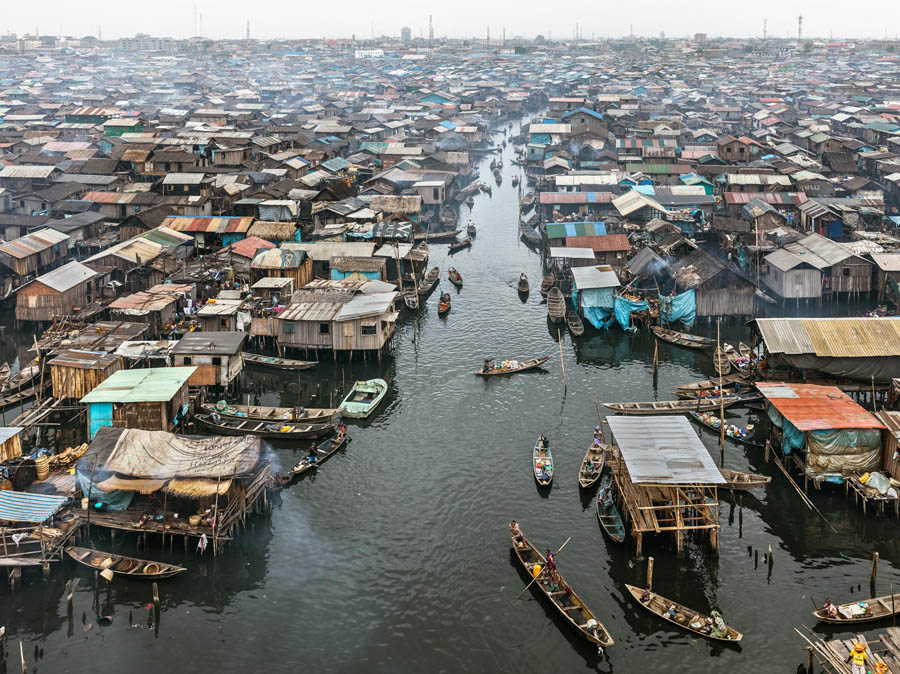 In the exhibition Anthropocene, there are aerial photos of a snow-dusted open-pit coal mine in Wyoming, a sawmill cutting its way through deteriorating lowland rainforests of Nigeria, and heliostat mirrors in a sublime formation at a solar plant in Spain. Sinister yet strangely beautiful, these obscure scenes lend us a view that we might not otherwise have: a vantage point to start to understand how profoundly the planet has been altered by humans.

As the story goes, Anthropocene, which opened May 16 in Bologna, Italy, is the result of a collaboration that began in 2014 with three Canadian artists: photographer Edward Burtynsky, and filmmakers Jennifer Biachwal and Nicolas de Penciler, and was first shown at the National Gallery of Canada. The trio spent the years leading up to the exhibit trying to answer a prompt now written in the introduction of the exhibition catalogue: “…how to give compelling aesthetic form to the evidence that has aggregated in the geological record through persistent and globally interconnected human activity.” This work closely follows the research of an international group of scientists, the Anthropocene Working Group, who are investigating the effect of human incursions, that, in their own words, are so immense in their scope that they will “endure geological time.”