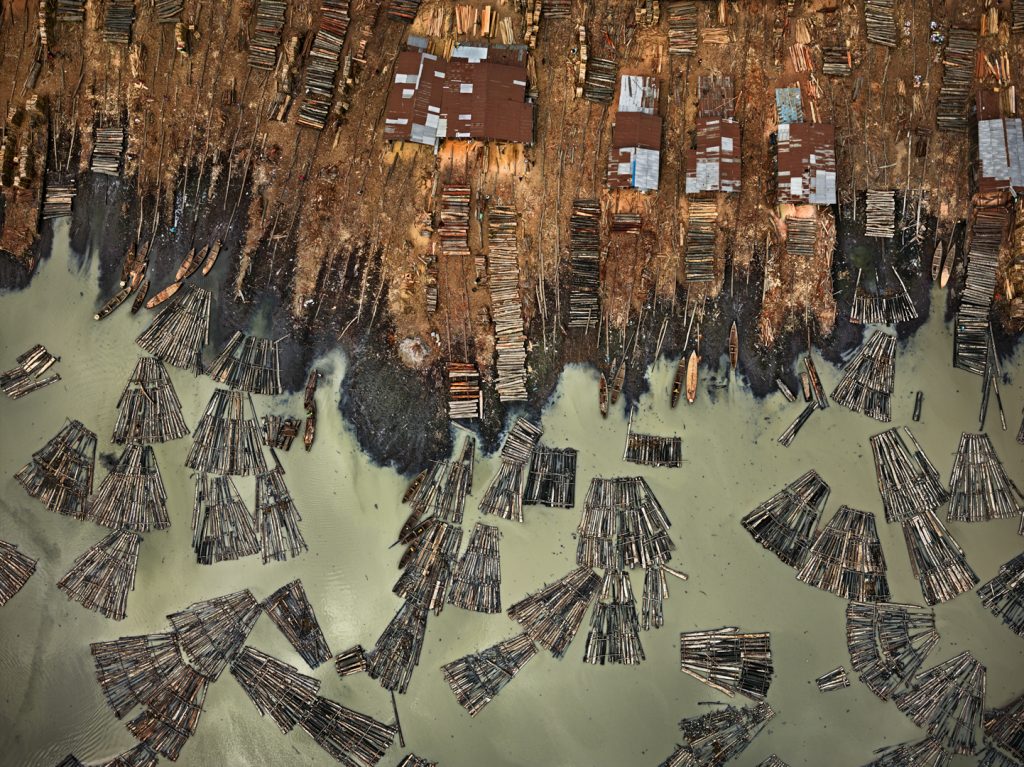 The three directors of Anthropocene: The Human Epoch are trying to describe the editing process required to bring an estimated 375 hours –15 days! – of footage down to a 90-minute documentary.

Jennifer Baichwal likens it to a jigsaw puzzle. “Some people have the picture right there,” she says. “And some people look at it once and then hide it. This is like putting a massive puzzle together without ever seeing the picture.”

Edward Burtynsky chimes in: “And it’s got 2,000 pieces that don’t belong.”

Not to be left out, Nicholas de Pencier adds: “And half the pieces don’t actually fit!”

Editing Anthropocene – the title refers to a suggested name for the current geological era, one in which humans are the dominant force on the planet’s ecosystem – was a year-long process, after three years spent travelling to six continents to find material, including mining operations in Germany, the U.S., Italy and Norilsk, in northern Russia; a 57-kilometre rail tunnel in Switzerland; a huge seawall in China (a nation known for its wall-building prowess); and efforts to save endangered species in Kenya.